Pet Tag sold salmonella infected bones, irradiated them, and did not use radiation label according to article

The FDA found that Petag's rawhide products had salmonella. Petag stated they sent the salmonella infected products to be radiated. A sampling of the products still showed they were "out of line." The FDA told Petag they must put radiation warnings on the labels. Petag asked the FDA to release their products to them. 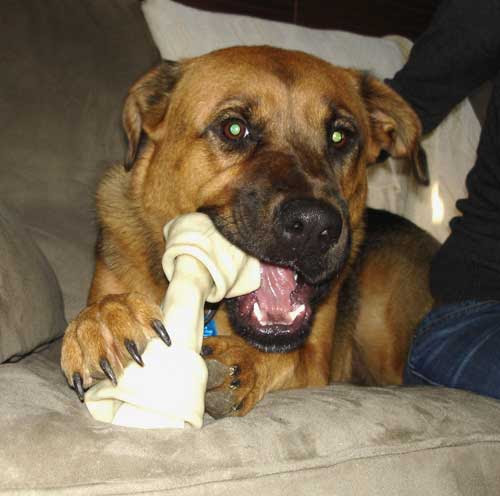 Petag admitted the rawhide products came from overseas. In their website Petag states that all products and ingredients domestic. George Gill CEO and President stated they used oversea supplies because "they are cheaper from overseas." The FDA told Petag they "needed to establish good controls at the foreign supplier sites." The FDA investigation started because as per FDA a "sampling in 2004 was positive for salmonella which generated an FDA Import Alert."

From the report. "Mr. Gill said that we know there is a radiation symbol required, but that competitors are not placing them on their products where they should be. The "header" might be too busy on the PetAg labels for the radiation symbol to go there. He asked if it would be possible to place the symbol else where on the label or on the back or side of the product rather than the label panel itself."

In other documents it was revealed that Petag does not manufacture their products. They are a packager. Their websites states they manufacture all of their own products.

This information about Petag came to light through a recent Freedom of Information Act Request about problems with their other products. It is from a March 8, 2006 meeting. Please, see attached file.

Petag is the number one seller of puppy and kitten milk replacer. They also sell dog bones, cat and dog treats and bird toys. http://www.Petag.com
Go to the link above to see the meeting minutes.
§FDA meeting minutes

They bought the rawhide bones from overseas. Why not just return them for refund since they had salmonella? Why did they want to keep them, pay for radiation? Plus, if the rawhide was still in fda custody at the port, why did the foreman get fired? The foreman works at the factory? I don't think they fired anyone, just bullshit to please fda.

Poster one, I agree. They bought the rawhide from overseas. Why not ask for a refund? Maybe they instead asked for a huge discount so they could have more profit? I bet they refused to pay the supplier then made every more money on the product.

I thought the same thing about the foreman. He wasn't responsible for the problem. The rawhide was probably at the port.

I agree that they didn't fire anyone. I also doubt they ever put radiation labels on the product. They just emailed the fda person a mockup, he signed off and they never used it. It's all such bullshit. This company does not care about animals or people. The FDA does not do enough to protect animals or people.